Wrong-way driver nabbed by troopers after crash on I-393 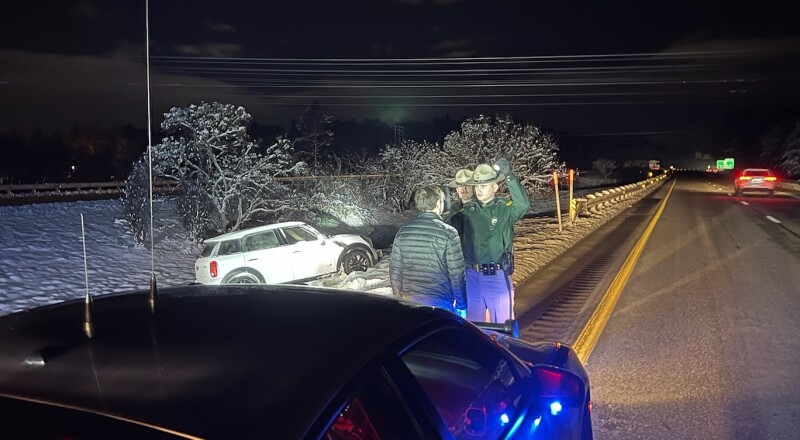 Troopers on scene of wrong-way driver arrest in Concord on Saturday. (NHSP photo)

CONCORD - A 23-year-old Bay State man was arrested for aggravated DUI Saturday night after his vehicle was reported to be traveling eastbound in the westbound lanes of Interstate-393 in Concord.

Police responded to the area around 9 p.m. and found the vehicle off the road in the median between exits 2 and 3.

After making contact with the operator, Hunter R. Dusio, 23, of Somerset, Mass., troopers observed indicators of impairment, according to a Dept. of Safety press release sent on Sunday. After a roadside investigation, Dusio was arrested and charged with aggravated driving while under the influence, reckless conduct, and reckless 0peration. He was transported to the Troop D barracks, where he was later bailed and released on his own personal recognizance pending a court appearance in Concord District Court at a later date.

Anyone with further information regarding this case is asked to contact Trooper Caleb Savard at Caleb.C.Savard@dos.nh.gov or (603)223-4381.