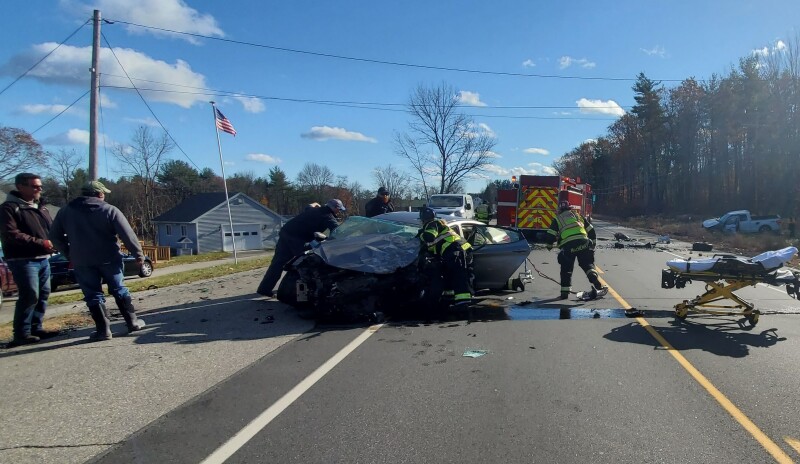 FARMINGTON - One motorist died in a two-vehicle Route 11 crash that occurred on Tuesday afternoon about a half a mile west of the Rochester line.

The collision involved a westbound sedan and a pickup truck that was headed in the opposite direction, Farmington Police Lt. Matt Embrey said today, and happened in the area of Plank Industrial Drive.

Police have determined the operator of a 2014 Hyundai Elantra who died in the collision is Erin Conroy, 35, of Farmington. Her passenger, Lucas King, 39, of Rochester, sustained serious injuries and was taken to a local hospital.

The 2021 Ford F-150 pickup was operated by Robert Hodgdon, 58, of Newmarket, who was also injured and taken to a local hospital.

The initial investigation is showing that the Hyundai was traveling west toward Farmington when it crossed the center line colliding head-on with the pickup truck. It appears the pickup tried to take evasive action, but was unable to avoid the collision, police say.

It should also be noted that several Good Samaritans also stopped to render aid, Farmington Police said in a press release.

If anyone has further information about this accident, they are asked to contact Lt. Matt Embrey.