Remembering the lessons of that first Thanksgiving 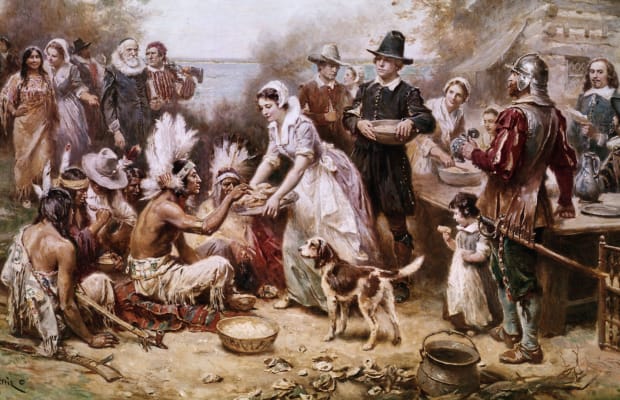 A depiction of the first Thanksgiving in 1621 (Courtesy/History.com)
To the editor:
This Thanksgiving in 21st century America a dangerous mindset has permeated our beliefs for over a century. True history has been denied, so we do not benefit from its lessons. Perhaps we can label it the "accidental theory of history." This view dominates today in spite of the eternal truth spoken by Ben Franklin at the 1787 Constitutional Convention: "God governs in the affairs of man. And if a sparrow cannot fall to ground without His notice, is it probable that an empire can rise without His aid?"

Today, technologically we are giants of intellect, but in "self government" we are failing as the Prophet Isaiah spoke about Israel declining into slavery, we repeat: "Therefor my people have gone into captivity for want of knowledge." The knowledge they forgot is the same that we as a people have forgotten, our "Creator." And that "He Governs in the affairs of man."
Let us run back in time to the first Thanksgiving to see how God governed in the affairs of our Pilgrim Fathers, how Plymouth Rock was prepared to be a safe haven for them to settle. In William Bradfords words, "Squanto" became an instrument of many blessings. Squanto, being the sole survivor of the Patuxet Indian Tribe had been captured by an English explorer and taken to England in 1605 where he remained until 1619. Meanwhile local Friars introduced him to Christianity and when he returned to Plymouth in 1621, his tribe had been victim of a plague leaving him the sole surviving Patuxet Indian.
Of the 100 Pilgrim number suffering through that first winter from cold and disease, only 50 survivors remained with only 6 or 7 sound physically. Hostile Indians because of the plague were spooked not to enter their area, giving the disease ridden remaining Pilgrims a safe haven. This along with Squanto's help until 1621 when he joined his adopted tribe the Wampanoag Indians, enabled them to survive the winter guided by divine province. Being thankful for all their bounty, because of Squanto, Governor Bradford appointed a day of Thanksgiving, inviting Squanto's adopted tribe to celebrate all these blessings from God.
The feast planned for one day lasted three days. They ate deer, fish, turkey , lobster, eels vegetables, cornbread, herbs and pies and the Indians even taught them how to make popcorn according to the Providence Foundation.
Righteous living of the Pilgrims was rewarded during the feast in which 90 Indians competed with the Pilgrims in running, wrestling and shooting games. This wasn't accidental history, as Ben Franklin said: "God governs in the affairs of man."
In these troubled times, if America is to survive as a free nation, we must go back to the strength the Pilgrims modeled for us: even in their darkest hours in the deep cold of winter, their faith in God's province carried them through. Let us learn the lessons from that First Thanksgiving, the blessings did not come from government. No matter what moral persuasion, let us look to our Creator and "give thanks for the bounty that liberty has produced." Liberty is not accidental! Give Thanks! May all have a "blessed" Thanksgiving.
- Russ Payne,
Merrimack
Read more from:
opinion
Tags:
None
Share: 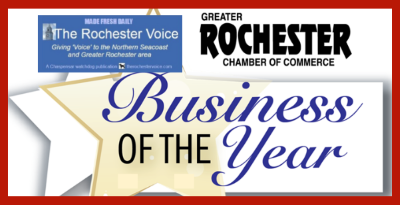