Karen's Country Kitchen, where the fish chowdah is to die fah 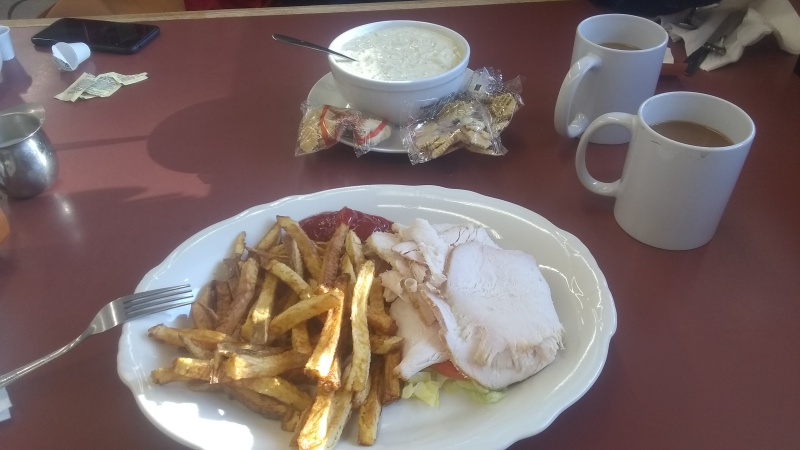 The fish chowder was outstanding, and so was the turkey plate. (Rochester Voice photo)

FARMINGTON - Some of the best fish chowder in the region can be found at Karen's Country Kitchen, which is located on Route 11 adjacent to the Strafford Inn in Farmington.

This little hideaway's atmosphere is warm and inviting, and the service here follows suit.

I had the turkey sub sans roll since I am gluten sensitive, while Martha had a big, brimming bowl of the aforementioned chowder, which was chock full of fish, finely diced potatoes, and loaded with cream.

I found out afterward that they don't use flour as a filler in their chowder, which is prepared by a longtime cook who doesn't even like seafood, we were told.

Well, for not liking it, it came out pretty good, with a smooth, soft texture and seasoning that absolutely delights the palate.