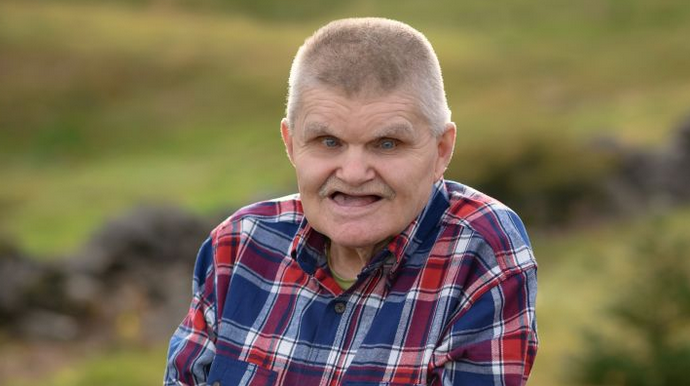 Joe Hooper, who brought much joy and love to the city he loved, passed on Wednesday (Courtesy photo)

ROCHESTER - When Joe Hooper was just 12, he braved flames and smoke to save his sister from a fire that engulfed their home.

They both survived, but Joe spent six months in the hospital and rehab with burns over half his body.

"He went back into the burning home and saved her, but he spent six months recovering," said Irene Lancaster, who became his adoptive sister some 40 years ago.

On Wednesday Joe, a beloved Rochester treasure whose smile melted hearts all over the city, died at the age of 75 after suffering a major stroke earlier this month.

Lancaster said her brother's fear of fire was deeply rooted, and he told her many times he didn't want to be cremated.

Now, thanks to a Go Fund Me page and the thousands of folks around the city and beyond who treasured him as a local icon and unofficial "Mayor of Rochester," he won't be.

Lancaster said they could have had their beloved Joe cremated for free, but instead, respected his wishes and will give him a proper funeral and burial at Pine Grove Cemetery in Farmington.

"It's just incredible this amount of giving has come so fast," Lancaster said.

Really not surprising, though, considering how many people knew Joe for the sweetheart he was.

His adoptive mom, Jean Brochu, broke down several times on Friday as she described just how special her son was.

She also described how she came to adopt him 40 years ago.

"We went to my brothers house in Farmington, and my oldest son, Wayne Carter, asked if we could take him home for the night," Brochu said on Friday. "I wasn't sure, but I said OK. Then the next day we took him back to Farmington. The day after that a police officer brought him back to our house (it was the only ride he could get). He wanted to live with us. Then we ended up going to court and got custody. He's been with us ever since."

The Brochus have lived in Gonic the past 20 years, and for much of that time, Joe made daily visits to where Lancaster works as a waitress at Wild Willy's Burgers.

The Rochester Voice, in fact, did a story on Joe when his trike was stolen from the restaurant in 2018.

Just like news of his death spread across social media, so too did news of his trike being stolen.

"I can't believe it," he would say over and over again while sitting at Wild Willy's, his sister recounted soon after the theft.

Asked what his first thoughts were when he saw his bike had been stolen, Joe deadpanned, "I had to walk to get the scratch tickets."

But after thousand of Facebook posts offered tips about who may have taken it or where it could be found, it took only a few days for one of his countless friends to find the bike and bring it home.

When Joe found out it had been returned he had just one word to say: "Good!"

Now family and friends say a move is afoot to get Joe's favorite method of transportation bronzed and placed permanently at the soon-to-be constructed roundabout at the junction of Route 202A and North Main St. in downtown Rochester. They want the roundabout named, "Hooper's Circle."

It's only fitting, said Lancaster.

"He was like a big kid, pure of heart," she said. "He would do anything for anybody. Everybody just loved him. If there were more people like Joe the world would be a better place."

Arrangements are not fully complete but a service is planned for Friday from 10 a.m. to 1 p.m. at Edgerly Funeral Home followed by a funeral at Pine Grove Cemetery in Farmington.

A celebration of life is planned for next Saturday but details on where and when that will be are still being worked out.

To donate to the Go Fund Me Page click here.