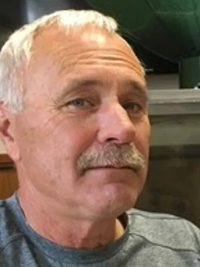 ROCHESTER - It is with great sadness we announce the death Denis W. Blanchette, 67, a lifelong resident of Rochester.

Denis died in his home on June 15, 2022, from heart failure after discovering just two weeks prior, he had heart complications. Denis lived his life to the fullest every day. Hours prior to his death he was on his boat with his best friend John Earl, bass fishing and having a great time.

Denis is the son of the late Alfred and Olida (Bernard) Blanchette of Rochester. He graduated from Spaulding High School class of 1973. After graduation, he managed the Wakefield Street McDonalds prior to going into the car business with his good friend and business partner for 40 years, Michael Hurley. They owned and operated Fairway Auto Sales located at 490 Gonic Road in Gonic. Together they grew a business that was well respected for their honesty and fair prices.

Denis lived his life like many envied. He not only worked hard, but he also played hard. Feeling he was too young for an "Old Man's Motorcycle", he preferred taking corners on his motorcycle of choice a Suzuki sport bike with the heart of a teenager and his hair on fire. He loved to snowmobile throughout New Hampshire, Maine and Canada. Together with John Earl, Michael Hurley, Jerry Whitehouse, and Joe Zammit, these four amigos melted the snow under their tracks.

Denis leaves behind a brother Roger of Waltham, Mass., and several cousins.

He will be sadly missed every day by his best friends whom he considered his family, John Earl and Family, Michael Hurley, the Joe Zammit and Family and Jerry Whitehouse. "We hope we filled his life with as much joy as he filled ours."