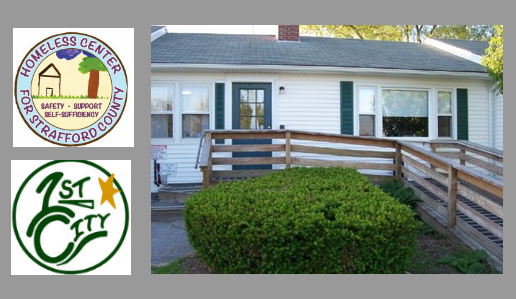 The director of the Homeless Shelter for Strafford County, seen above, says she'll buy winter clothes with the money. (Courtesy images)

ROCHESTER - When First City Cars and Trucks ponied up a $1,000 reward for tips on a man seen on surveillance video stealing one of their cars, they never knew they'd be helping residents of a homeless shelter keep warm this winter.

But that's just what happened on Friday when the man who identified the suspect told First City Cars he wanted to donate his entire winnings - $1,000 in cash - to the Homeless Shelter for Strafford County.

"We were very thankful that he did that," said First City Cars spokesperson Sarah Schafer. "What a nice 'pay it forward.' We were happy to see it go to a good place."

The theft occurred late in the evening of Oct. 30 when a 2016 Chevy Malibu was stolen from First City Cars and Truck from their 16 Milton Road location.

Surveillance video showed a lone male breaking into the business and stealing a set of car keys before leaving with the vehicle heading north on Milton Road.

The vehicle was recovered by Wakefield Police on Nov. 3.

The Rochester man who donated his cash reward did not want to be identified, Schafer said, but Homeless Shelter of Strafford County Executive Director Tracy Hardekopf wanted to thank him nonetheless.

"We are very grateful that this community member thought of our shelter," Hardekopf told The Rochester Voice. "We will be using the gift to outfit our clients with winter wear," she said.

"This 'looking our for our vulnerable neighbors' is what is so amazing about the Rochester community," she added.

As of Friday Police had still not identified the suspect.