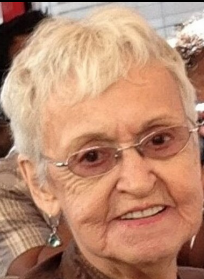 ROCHESTER - Beverly J Smith, 83, of Rochester, died on Thursday December 9, 2021 in Bethel Park, Pa. She was the daughter of Claude and Dorothy (Draper) Edgerly and the widow of Henry O. Smith.

Members of her immediate family include: her son Matthew Smith and his partner Julia Heitner; her son Colonel Russell Smith USMC (ret) and his wife Erin; her two granddaughters, MIDN 1/C Paige Smith USNR and Colleen Merrill along with Colleen's husband Evan; her three grandsons, Marko, Liam and Aleksandar Smith; and her great grandson Landon Merrill,

She is also survived by one brother Larry and his wife Cindy Edgerly and their family.

Beverly was born in Rochester, graduating from Spaulding High School in 1956, she attended Macintosh College in Dover until she met a young airman, Henry Smith, of the United States Air Force stationed at Pease AFB. They married at the Rochester United Methodist Church in November 1960, moving to Okinawa, Japan shortly thereafter. Throughout Henry's career with the Air Force they lived in several places including Travis Air Force Base near Oakland, Calif., Pope Air Force Base, Fayettville, N.C. until they returned to Pease Air Force Base where Henry retired and settled in Rochester. Beverly began working as a customer service representative for NH Public Utility Service and was later hired as a customer service representative for the Rochester National Bank. It was through these jobs that she became well known in the Rochester community as many within the community conducted their daily business and passed through her desk. When the Rochester bank changed ownership, she then began working with TJ MAXX in Somersworth as a customer service representative and a key holder. Upon her mother's passing, Beverly moved to Clermont, Fla., where she took a position as a manager for the TJ MAXX Company. Upon her retirement from that position, she moved to Pittsburgh, Pa., in order to be closer to her youngest grandchildren. Beverly was a longtime Sunday school teacher for the United Methodist Church. She was also active in Eastern Star and served as a longtime Mother Advisor to the Rainbow Girls. Additionally, as a three-time cancer survivor, she spend much of her time volunteering to mentor other cancer patients though their experiences. She enjoyed spending time with her grandchildren, her friends and traveling.