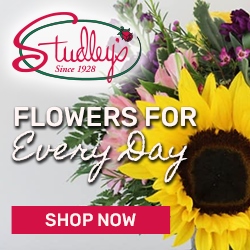 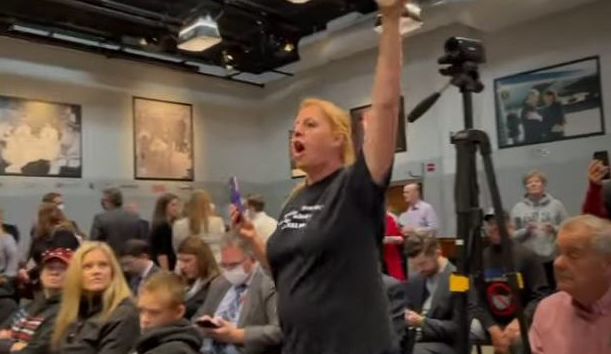 MANCHESTER - An "unruly" crowd of anti-vaccination protesters closed down the Executive Council meeting before it started today when state employees left feeling unsafe by the chaos that erupted in the packed room at the New Hampshire Institute of Politics at Saint Anselm College.

"Shut it down. Shut it down," the protestors shouted. "We are tired of the federal government that won't give us any options...It will take away our live free or die and make us do things that are unsafe," Terese Grinnell shouted to the crowd.

Grinnell responded: "We will be taking an injection that has proven to have adverse reactions up to and leading to death." She gave examples of results that she said she personally knew of when people took the COVID-19 vaccination.

Gov. Chris Sununu didn't make an appearance as the meeting was about to begin, although he did attended the earlier breakfast meeting that was also disrupted.

But the five Executive Councilors were seated at the table when the meeting was to start as the group of protesters took over the speaking. They were opposed to the council accepting $27 million in federal money to hire 13 new temporary full-time positions to manage immunizations in the state through June 2023.

The contracts were tabled at the last council meeting.

Executive Council David Wheeler, R-Milford, addressed the crowd saying state employees "are fearful of their safety and have left the meeting. We need the state employees to answer questions on the agenda and they are part of this meeting. Therefore this meeting is cancelled."

Sununu issued a news release after the meeting: "I will not put members of the Executive Council or State Agencies in harms way.

"State Police had to escort state employees to their cars after unacceptable, unruly behavior. This meeting is being postponed until our state employees can go before the Council in a safe and orderly manner. The items on today's agenda will be brought up at a later date."

Andrew Manuse, chairman of Rebuild NH, had sent an email to the Executive Council, letting them know to expect the protest. The literature said: "We want the Executive Council to KILL the federal DHHS grant for 13 vaccine propaganda bureaucrats. Come PROTEST with us on Wed. Sept 29 @ 7:30 AM.

"Join us to OPPOSE federal DHHS money and STAND UP for medical freedom."

The $27 million dollars in federal funds through the American Rescue Plan would implement the state's COVID-19 vaccine response as well as additional resources to support ongoing immunization efforts.

Sununu, and Lori Shibinette, commissioner of the state Department of Health and Human Services, have supported the contracts noting it is important funding to help support statewide immunization efforts, not just COVID-19.

Separately, the governor has said Biden's plan to mandate COVID-19 immunization for all federal workers and contractors, private employers with more than 100 employees and some healthcare workers is overreaching and said he plans to sue.

Councilor Cinde Warminton, D-Concord, said in a release after the meeting was cancelled: "I am shocked that this insurrectionist behavior has come to New Hampshire. It is not only disruptive, it is dangerous.

"Today's meeting of the Governor and Executive Council was canceled because a far-right fringe mob put the safety of our dedicated state employees at risk. The actions of these extremists, guided by conspiracy theories and misinformation, not only disrupted state government but was an assault on our democracy." 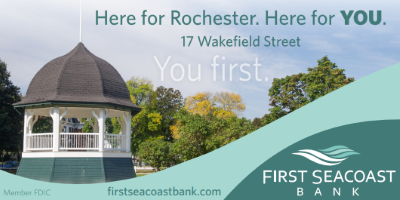