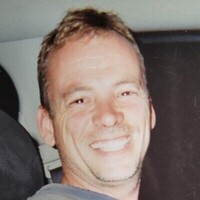 He will be greatly missed by his mother; Shirley Carpenter-Castonguay, his son, Justin Court, His brothers, Kenneth Castonguay, Douglas Castonguay, sister, Nicole Roberge and many nieces and nephews and especially his aunt Susan Booth and uncle John Booth and lifetime friend, Paula Court. He was predeceased by his brother, David Wood and his stepfather Roland Castonguay.